On 4th May 1954 he established The Buddhist Society of India

About The Buddhist Society Of India

Bhimrao Ramji Ambedkar (Marathi:डॊ.भीमराव रामजी आंबेडकर) (April 14, 1891- December 6, 1956), popularly known as Babasaheb, was an Indian Nationalist, Architect of Indian Constitution, Economist, Jurist, Journalist, Publisher, Historian, Prolific Writer, Orator, Politician and Religious Leader of millions of people in India as well as abroad. He was a veritable phenomenon of the 20th century. He holds the majisctic role social reformer who inspired the Dalit Buddhist movement and campaigned against social discrimination against Untouchables (Dalits), while also supporting the rights of women and labour. He was Independent India's first law minister, the principal architect of the Constitution of India and a founding father of the Republic of India. 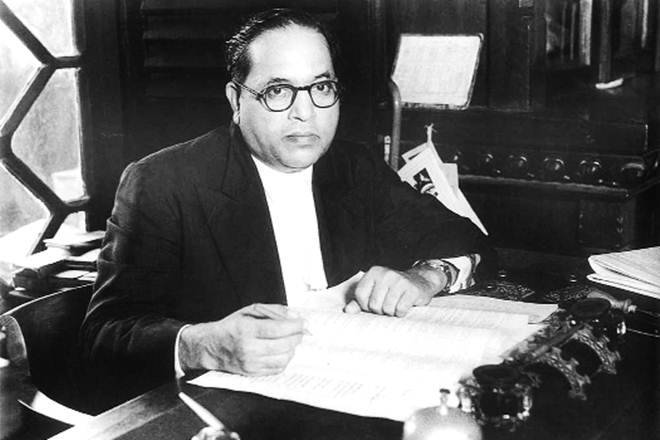 Ambedkar was a prolific student, earning doctorates in economics from both Columbia University and the London School of Economics, and gained a reputation as a scholar for his research in law, economics and political science. In his early career he was an economist, professor, and lawyer. His later life was marked by his political activities; he became involved in campaigning and negotiations for India's independence, publishing journals, advocating political rights and social freedom for Dalits, and contributing significantly to the establishment of the state of India. In 1956 he converted to Buddhism, initiating mass conversions of Dalits.

He firmly believes that religion is for man and not the man for religion. Dr Babasaheb Ambedkar wanted a religion that would recognize the spiritual brotherhood of mankind, the recognition of the dignity of the individual human being and his right to the opportunity for growth. He was searching for a religion which recognized the role of love and compassion, but not one that preached paternalistic charity which hurt individual dignity. He found these values and a promise of rational action in Buddhism that was guided by reason and a universalistic set of moral values.

Thank you for making an effort to do something for the children who need help. We appriciate your contribution for the world.

Work as a catalyst in bringing sustainable change in the lives of underprivileged children, youth and women, with a life-cycle approach of development and implementing specific, customized, cost effective, scalable and replicable models for community development organisation.

TBSOI is to empower underprivileged children, youth and women through relevant education, innovative healthcare and market-focused livelihood programmes.To help and empower the less advantaged children and women by putting at least 500 street children.

To facilitate the creation of an ecosystem for children to flourish within their adoptive and birth families.Respect for Human Rights, Commitment, Transparency, Integrity, Excellence, Compassion for all living beings. To bridge the gap between urban and rural for the country India.